When we entered the year 2000, energetically, we moved into a different vibration. The 2 requires working for the greater good of all which places a strong emphasis on supporting each other, cooperation and finding peaceful resolutions to our problems. The 2 is the Divine Feminine energy which explains the women’s movements and the greater numbers of females being elected to government positions. We are still in the beginning stages of the 2-energy rising to power.
Whenever new energy comes in there is resistance by the old because, after all, we are talking about a transfer of power here. In order to get to where the 2 wants us to be, we must deconstruct everything associated with the old energy and rebuild again. In my mind, there is no question we are seeing this with current events as evidenced by the upheaval with our own government and globally. It is not an easy task to remain unemotional when the world seems so chaotic but if you are able to understand that everything happens for a reason, it helps to alleviate your fear.

2019 is a 3 Universal Year.
The Number 3 is associated with manifestation and I would encourage you to use this energy to make your dreams come true. Spend time visualizing the future you want to live and focus on positive thoughts. This year has the potential to be magical for bringing dreams into reality. It is a wonderfully creative energy as well which enhances every aspect of art, movies, theater, music and fashion.
The Number 3 is also associated with children, so I would expect the birth rate across the globe to increase this year which is joyous news for many families. Perhaps women who have been having difficulties trying to conceive will find success this year.

I also think we may be focused upon issues with children, specifically health and well-being. I am sorry to say that I am concerned that children may be affected by a virus that specifically targets them and we will be dealing with the repercussions of that in 2019.  I encourage all parents of young children to take this problem seriously. I suggest keeping your children away from large crowds of people if there is an outbreak in your area and consider adding supplements to your child’s diet to boost their immune system. If your child should become ill, do not wait to seek medical attention.

I always feel like I am delivering bad news when I make my predictions, but I must present the information I receive.  I honestly did not want to publish my Predictions this year because I found little to be encouraged by, but I do sincerely feel that by knowing this information, you can make choices which protect you and your family

Economy
Unfortunately, this is not going to be a good year for the US Economy and the stock market will continue to be volatile. There will be major losses to people’s portfolios. There is the potential for a stock market crash. Consider yourself warned.
https://www.washingtonpost.com/business/2019/05/06/dow-dives-xxx-points-open-after-trump-threatens-higher-tariffs-chinese-imports/?utm_term=.006a3e140244
I see trouble for Amazon, Netflix and Facebook specifically.
Amazon loses in a $10-billion upset decision after months of legal and Trump-fueled political controversy. After months of speculation, intrigue, lawsuits, and presidential leaning-in, Microsoft has won the Pentagon's $10 billion JEDI cloud storage contract, upsetting the presumed frontrunner Amazon Web Services.
Sears and K-mart are all but finished.
Gas prices will be going up.

Weather
The US will be dealing with several major hurricanes in 2019. I predict a major hurricane hitting Florida. I also see North Carolina as being at risk. There will be a major Nor’easter this winter that will affect the East Coast.  The US will be dealing with unprecedented flooding from rainstorms.
Japan and S. Korea will be affected by strong typhoons.
The Red Tide problem that Florida experienced in 2018 will continue to be an issue in 2019.
https://www.cbsnews.com/news/rare-winter-red-tide-hurts-floridas-stone-crab-harvest/


11/12/19 Red tide is back off the coast of Florida. Residents aren't sure how much more they can take
Unfortunately, I expect another major earthquake in Haiti.

Cyber Crime
We need to understand that war can be waged without ever firing a single weapon and this is a frightening threat to our national security. Imagine for a moment that the systems that provide us with electricity and water could be shut down by hackers working for a foreign government.
Add to that scenario, everyday hackers who try to steal your information. This year we will be seeing security breaches to Facebook, Experian and Google (again).

Unrest
It saddens me to predict that we will have more race related hate crimes and we will be hearing about attacks on black churches and synagogues. Gun violence, pipe bombs and shootings have become the norm and this trend will continue. Police officers will be shot in the line of duty.
We will also be seeing a continuation of protests throughout our nation and the world. The Women’s Movement will be a strong voice this year as it has been the last several years.
https://www.cbsnews.com/live-news/sri-lanka-bombings-death-toll-easter-attack-churches-hotels-live-updates-22-04-2019/

President Trump
In a way, I am glad I waited 5 days after the New Year to write my Predictions because now I see something very clearly. Trump has recently announced that he is considering declaring a National Emergency in order to circumvent Congress and get his wall built.
I believe he is going to do this. *Correct
Remember the Presidential Emergency Alert Signal we received in October?  Enough said.
People are asking me if he will be indicted or impeached. I feel I am emotionally attached to that outcome which tends to influence my prediction on this topic.
I do know that Trump is in a 5 Personal Year in 2019 which has the potential for major changes in his life. People in a 5 Personal Year can experience a change with their jobs, relationships and even where they live. I do know this energy will embolden him and make him more impulsive. There is the potential for an accident with him in 2019 as it would be for anyone in a 5 Personal Year. I think an important month to watch with him is April which is his 9 Personal Month and that should bring closure to something of significance. September is also a volatile month for him.  Impeached in April? Removed from Office in September?  Those are possible scenarios.

Kanye West
According to his Numerology Chart, 2018 was a difficult year for Kanye and we have seen a great deal of criticism about him recently. To be completely honest, the energy that has been present in his chart over the past several years would go a long way in explaining his erratic behavior. 2019 does not appear to bring an improvement.
Stormy Daniels’ Numerology Chart indicates a very difficult year for her in 2019, perhaps related to the legal cases she is involved in regarding Trump.
Sarah Sanders was mentioned in my 2018 Predictions because her Numerology Chart has huge challenges to her reputation and career. 2019 brings a clear downward trend and is poised to be a tough year for her.
Don McGhan who served as White House Counsel for President Trump will be a focal point in the news in 2019, perhaps related to the information he provided to the Mueller investigation.
Dana Loesch, spokesperson for the NRA has a Karmic reckoning coming in 2019
“While the @NRA may continue to air past content, its live broadcasting has ended and its on-air personalities — including Dana Loesch — will no longer be the public faces of the NRA.” https://www.nytimes.com/2019/06/25/us/nra-nratv-ackerman-mcqueen.html …
Michael Cohen has an even more difficult year on tap in 2019 which most likely is related to a prison sentence.

March 31, 2015
Does having a 28 in your Numerology Chart help you to be successful? The answer to that is yes. This number represents leadership, drive, ambition and entrepreneurial skills. At the same time, a person with this number understands the needs of the people they are leading and works well with others. That is the best kind of leadership.
Would I say that the number 28 is the “Number of Wealth”?
The answer to that is no.
No one number can ensure success. Wealth is attained by having the right talents and abilities and the opportunities to use them written into the Numerology Chart. No solitary number can encompass the complexity of achieving great success.  It goes without question that there are some successful people who have the number 28 written prominently in their Numerology Chart but it is not the magic formula for wealth.
To make my point, Below is a list of Billionaires and Millionaires that do not have a single 28 in their Numerology Chart:
Net Worth:$28.7 billion The CEO and foun…
Read more 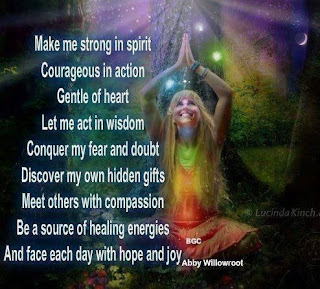 When I made my 2020 Predictions in December, two things stood out.
I said that the 4 Universal Year is associated with health and I expected it to be a worse than normal flu season. I also said that sometimes the 4 year creates limitations in our lives where our freedom is restricted in some way. I gave examples like no travel, curfews or even Martial law.

We have watched the corona virus pandemic unfold and now we are aware it is showing up in our communities.

We have also watched China, South Korea and Italy lock down millions of people to prevent the spread of the virus.

I want you to know that this is going to happen in the United States. I want you to be prepared, not caught by surprise.

April is a 4 Calendar Month which intensifies the 4 energy in relationship to health.
The 4 is also responsible for creating limitations and restrictions in our lives. I think we are going to be seeing cities, if not states, throughout the US in quarantine. This may happen in March but the chanc…
Read more 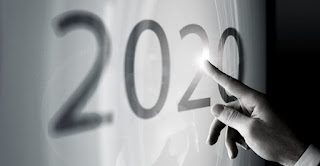 2020 Predictions First, let’s reflect From the moment we welcomed the year 2000, the energy of the number 2 was introduced. At that time, it was in its infancy, but we are now 20 years into it. I told you back then, that we would undergo a transformation because the 1 energy of the 1900s was going to be slowly replaced by the 2 energy. The 1 represents the individual, is aggressive and it focuses upon itself. The 2 energy represents partnerships, peace and the greater good of all. Eventually, we will arrive at a beautiful destination but, in the process of getting there, the old world must be deconstructed in order to rebuild a better one. That takes time and does not happen immediately. The chaotic world we currently living in reflects the change we are undergoing. In order to live under the vibration of the 2, we must learn to live in peace and harmony. We must align ourselves to the energy of the number 2 because if we do not, we will not survive. Many of you can relate to having …
Read more